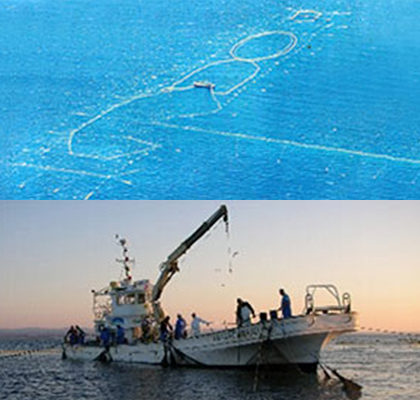 With its warm climate and beautiful beaches, this place attracts about 8 million foreign tourists annually as one of Europe's leading summer resorts.
The Algarve region in southern Portugal faces the Atlantic Ocean and is adjacent to the gateway to the Mediterranean Sea.
We are blessed with many marine resources. In the city of Oryaon, which is the largest fishing port in Algarve, people are seriously engaged in fishing.
The company Tunipex was founded in 1994.

Tunipex was authorized by the Portuguese government to carry out set net fishing along the Portuguese coast.
Based on Japanese materials and technology, we catch bluefin tuna and other fresh fish.

Bluefin tuna is called the king of tuna because of its size (from 100 kg to over 200 kg) and for its amazing flavor.
Among them, the natural/farmed bluefin tuna caught by Tunipex's set net is ranked the highest in terms of price and quality.
The company delivers the best bluefin tuna to its customers with its extensive equipment and state-of-the-art freshness preservation technology.

We also catch and provide live fish (we capture live fish without damaging them and store them using our own fish tanks and various facilities, then provide them to aquariums and fisheries-related research facilities around the world)

We provide sightseeing business (diving tour where you can swim with bluefin tuna in a huge confinement), and we are working on exporting Portuguese wine and developing new products in the EU.

It has been a quarter of a century since the start of the business and we will continue to expand our glocal (global + local) business. 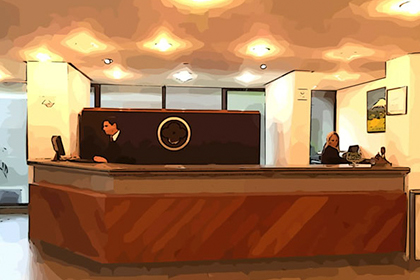 The Arai Group entered the Brazilian market in the 1970s, when the word BRICS still did not exist yet.
We have developed various businesses here and are currently managing the business hotel "ARAI RESIDENCE" in São Paulo.
We are involved in the export of Brazilian products such as Guarana Antarctica to Japan and engaged in the real estate business as well.
"ARAI RESIDENCE" is located near Paulista Street, a tourist attraction where major companies have lined up their offices and visitors enjoy shopping.
As it is a Japanese-owned hotel, it is also favored by Japanese businessmen and tourists visiting São Paulo.